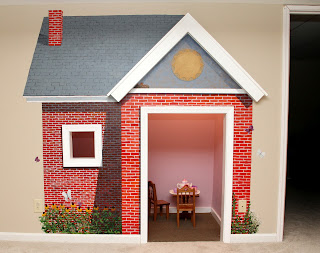 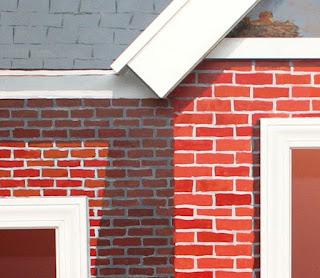 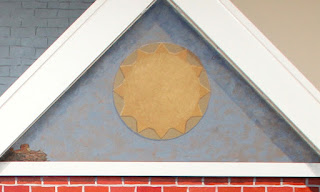 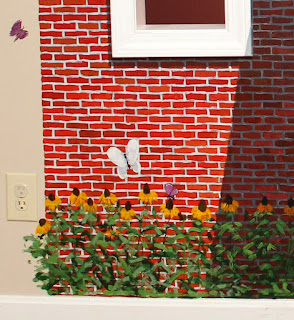 Here are photos of the playhouse mural I did for some friends.  They cleverly turned the recess beneath their basement steps into a play area for their little daughters, with molding around the door and square window, and a peaked “awning” over the door.  Then they asked me to paint a house around it.

This is the result.  The most time-consuming and tiring part was gridding in the bricks and then painting them in slightly varied reds.  I guess they are what I’m proudest of, because they give a nice sense of sunlight and shadow, and I like the effect of having the “near” bricks slightly larger than the “far” bricks to give an illusion of depth.
Posted by Mark at 5/17/2012 08:40:00 AM