I posted work-in-progress photos of this project here over the summer, and finished it in August. However, it wasn’t until recently that I had a decent chance to get some photos of the finished product.

Late last spring I was commissioned to create artwork to honor donors to a school fundraising campaign.  The school wanted something similar to a tile mosaic piece they had seen pictures of online for a school in another state, depicting a stylized facsimile of the building’s façade with donor names in the windows.  They wanted the finished piece to be around 30 x 40 inches, and it would hang in the school lobby.

I considered attempting to duplicate the sample with a polymer clay mosaic, with lettering embossed in the clay tiles. However, after experimentation, I realized that I just didn’t have the means to emboss scores of names without going through an incredibly slow and mistake-filled process and, besides, I am very inexperienced in working with polymer clay.

So I finally decided to create a textured building exterior using acrylic gel mediums (I didn’t have much experience with various fancy gels, either, but I at least knew my way around acrylic paints and matte/gloss mediums.)

I was still puzzled how I was going to do the names, but I somehow stumbled onto acrylic transfers.  I had never heard of acrylic transfers before, but after a test I decided it might work well for the task.

I worked on panel, and used wood scraps and molding to imitate architectural details.  The stone texture was put on with Golden coarse pumice gel sealed with extra gel medium for durability; the plants are painted polymer clay; and the names are acrylic transferred photocopies.

Considering both size and complexity, this is probably the largest commission I have done and the most technically sophisticated project I have attempted.  I am pretty happy with the results, and the people at the school were, too.

I was very impressed with the Golden gel mediums I used, by the way.  Cool stuff, fun to work with. 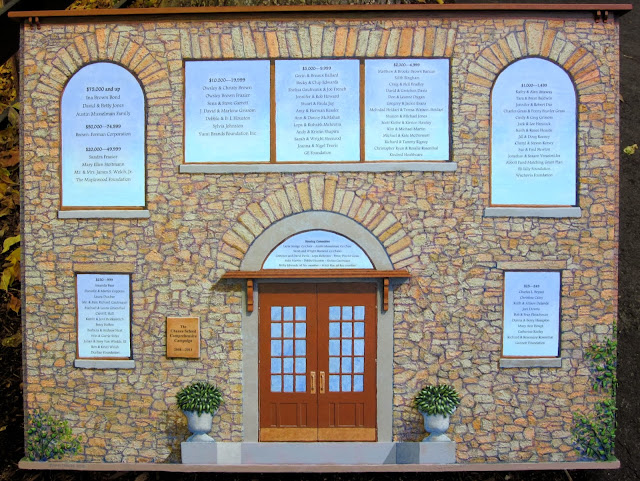 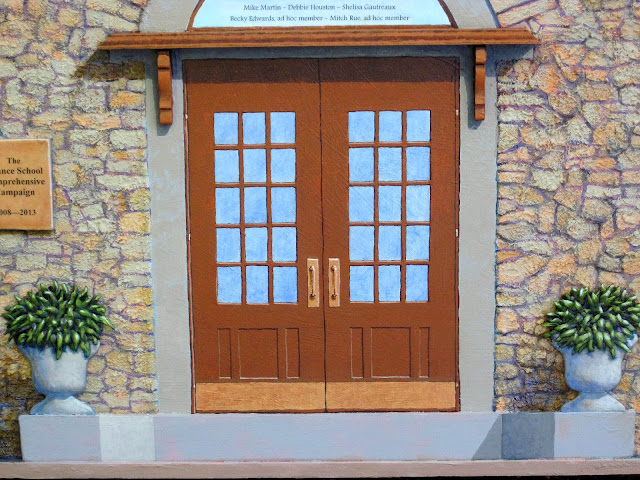 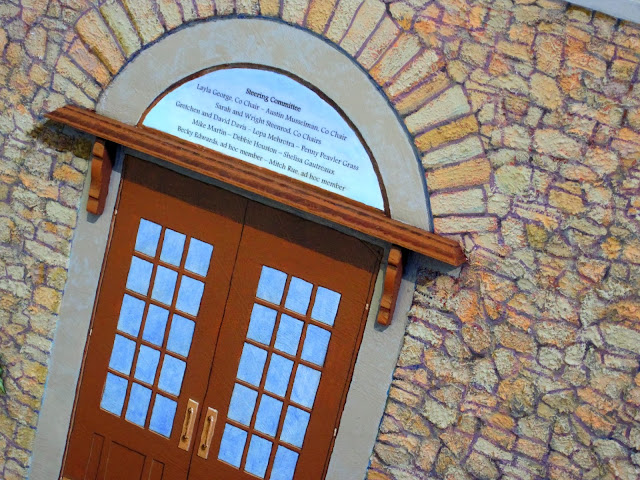 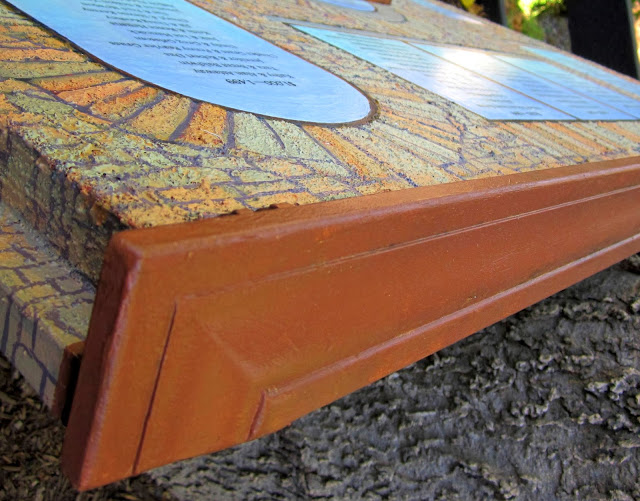 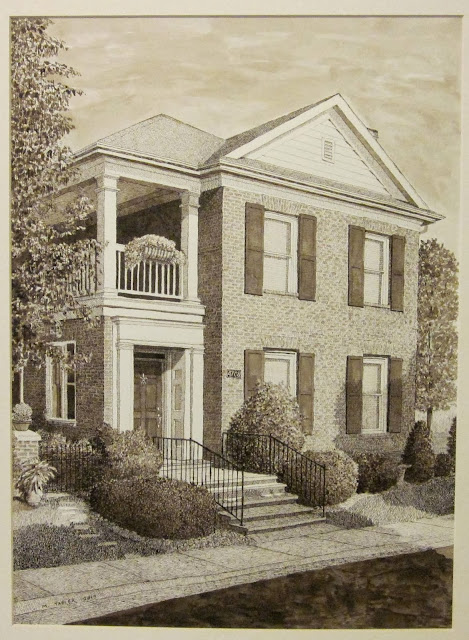 Here is another house portrait done with black walnut ink.  Unfortunately, I didn't have a chance to scan the drawing, and instead used my sub-par little camera. The detail shot turned out better because you can make out the texture of the line work. 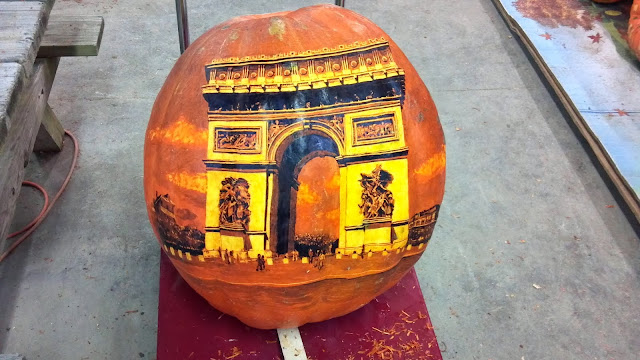 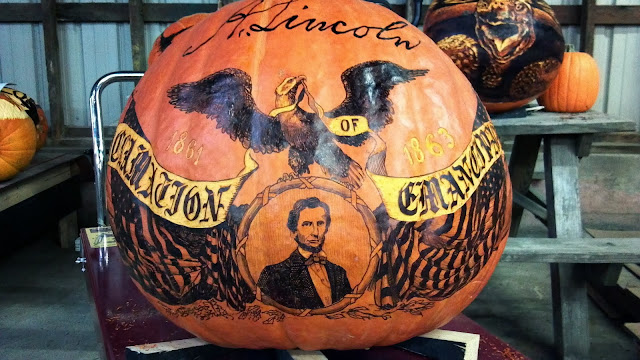 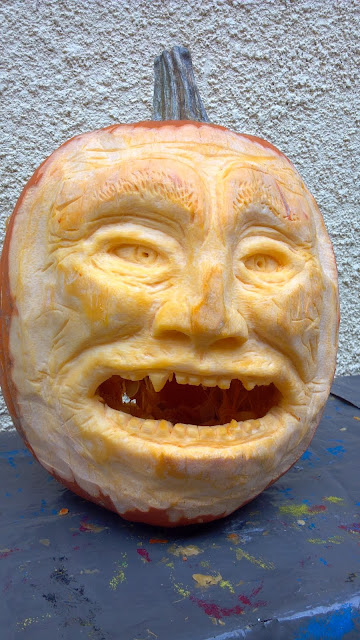 Necromancing with the stars 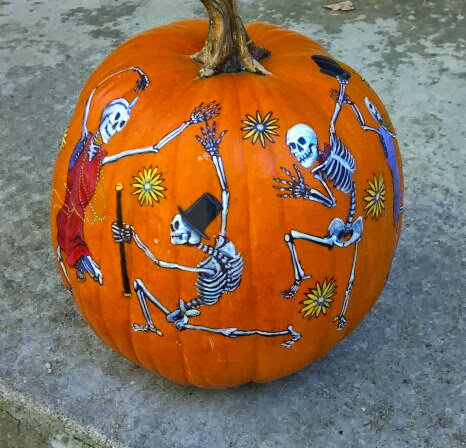 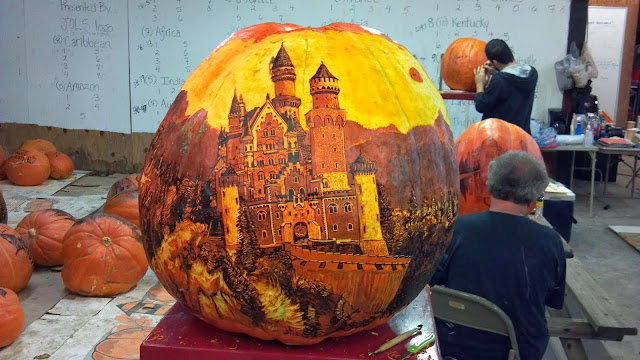 Here is another pumpkin I drew and carved. I am eager to see it lighted. 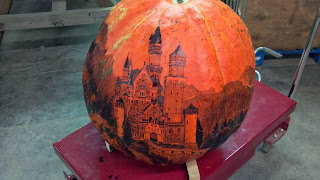 Email ThisBlogThis!Share to TwitterShare to FacebookShare to Pinterest
Labels: commissions, pen and ink 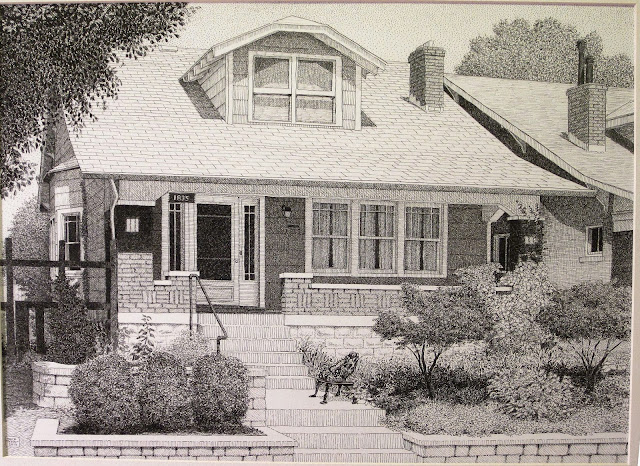