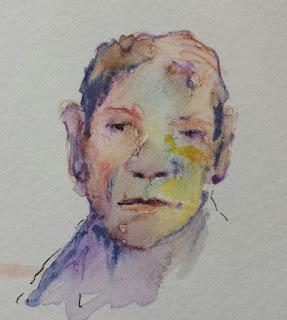 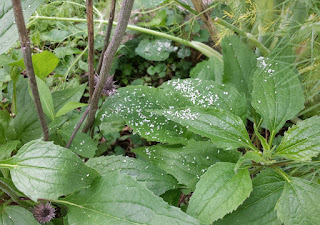 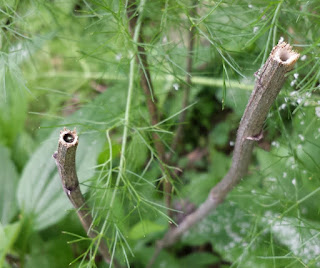 Yesterday in my back yard I noticed frass on my coneflower leaves. I looked around and saw that the old flower stems I'd snapped in half a few weeks ago had been hollowed out by mason bees. You can see a little bee butt sticking out a little in one of the pictures. So, note to self: Leave the old stems for the little bees.
(The top photo is a freshly snapped stem that is still solid with pith). 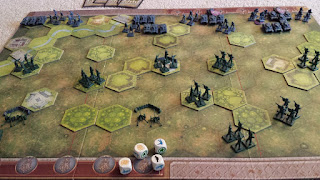 Played the Operation Lüttich scenario. It felt like a tight game, with the Americans continually giving ground in a fighting retreat, getting weaker and weaker. But the defensive strategy paid off, and the 2-2 tied game turned into a 4-2 American victory as a couple of badly weakened German units were finished off from a distance by American armor and artillery.
The American advantage of being able to use Recon cards to call in air strikes as long as they occupied the hill at center right never came into play, the whole game. They never had a Recon card for that section!
Posted by Mark at 5/15/2020 07:43:00 AM No comments:

Shopping in the time of pandemic 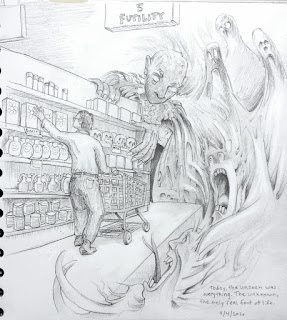 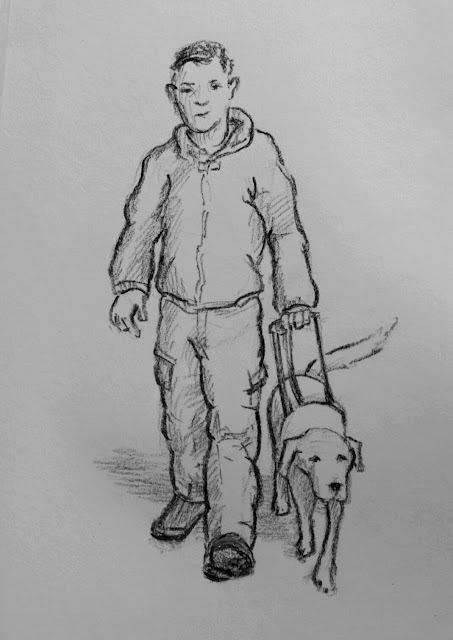